John McSherry has been a major figure in Irish/Celtic music for over twenty years now and is hailed as one of the finest exponents of the art of Uilleann Piping in the world today -- "a true master" -- Irish Music Magazine. He won two All-Ireland piping championships at the age of fourteen and was the youngest ever winner of the prestigious Oireachtas Piping Competition in 1988, going on to represent Ireland at the Lorient Inter-Celtic Festival that year as a result.

A founder member of top trad bands Lúnasa, Tamalin and Donal Lunny's ground-breaking supergroup Coolfin in the 1990s, John has subsequently produced an array of critically acclaimed and innovative albums, both solo and collaborative, including his latest album, 'The Seven Suns'. His piping has featured on many film and TV soundtracks including, 'There You'll Find me', 'Waking Ned Devine' and 'This Is My Father' and he has twice been the recipient of an IMA award:‘Best New Irish Album’ (2010) and ‘Best Uilleann Piper' (2009) as well as being nominated for 'Musician of the Year' at the 2017 BBC Radio 2 Folk Awards. He is also co-author of the book 'The Wheels of the World' - 300 years of Uilleann Pipers’ which was released in the Autumn of 2015.

John has performed all over the world on many of the great stages from the Royal Albert Hall to Glastonbury Festival and is widely admired on the Irish traditional scene as an offstage character and an onstage magician. He is a prolific composer, producer, arranger and an established studio session musician of world class renown, recording and performing with a myriad of artists including Clannad, Sinéad O'Connor, Rod Stewart, Nanci Griffiths, Gary Kemp and The Corrs. John continues to push the boundaries of Irish music with his current bands Ulaid, At First Light and The Olllam.

If you are interested in learning to play the Uilleann Pipes or Low Whistle, then this might just be the place for you. There are courses here for everybody, from absolute beginners to the more advanced. You can also combine courses if you are interested in learning both instruments. This is an excellent time to be part of an on-line community dedicated to Uilleann Piping and Whistle playing. Take a look at the courses, see what John is offering and don't miss this opportunity to join in and learn from one of the best in the business.

"The last 6 months tutorials had so much to offer! With the tunes and exercises it was a real pleasure to practice and realizing my piping getting more lively (with more bite!) The foot tapping and the crans keep me still busy . Many thanks for those wonderful lessons.”

"I would highly recommend these courses by John McSherry for anyone who is serious about whistle playing/uilleann piping. Extremely well presented and methodical... It's all about getting into the rhythm and groove of playing and contains many useful exercises and demonstrations of ornamentation...

Can't recommend enough as a resource and you'll see how much good focussed practice can do for your playing! If someone said to you Cristiano Ronaldo was giving football lessons you'd jump at the thought! Well - this is a golden opportunity to learn from a true Master of his craft... Get on it folks”

Buy album
View on Bandcamp
A concept album enticing the listener on a journey through some of the mysteries of Ireland’s ancient past. Full of stunning, new compositions for Uilleann Pipes and low whistle.

John McSherry’s second solo outing, “The Seven Suns“, is a musical journey into the heart of ancient Ireland, richly inlaid with elements both personal and national,
A concept album enticing the listener on a journey through some of the mysteries of Ireland’s ancient past. Full of stunning, new compositions for Uilleann Pipes and low whistle.

John McSherry’s second solo outing, “The Seven Suns“, is a musical journey into the heart of ancient Ireland, richly inlaid with elements both personal and national, mundane and mythical. Full of original and exciting new compositions by McSherry and featuring musicians such as Sean Óg Graham, Mike McGoldrick and Niamh Dunne, the album explores Ireland from a global perspective, its key place in the ancient world, and the knowledge, wisdom and preoccupations of the people that inhabited it. Featuring pristine production, innovative arrangements, and masterful musicianship, “The Seven Suns” is more than just a follow-up to the award-winning debut, “Soma” — it surpasses it.
Read more…
0:00/???

“Listen more than once and you’ll ford rivers in search of the live equivalent!”
­– Irish Times
Read more…
0:00/???
Back to Top

“John McSherry is one of the only pipers whose playing embraces the ancient strangeness of music passed on to us from centuries before while also possessing the harmonic and rhythmic sensibilities of the best of rock and contemporary music. This album spans these great fields and conveys the depth and breadth of John’s musicality!” – Dónal Lunny
Read more…
0:00/???

They are all accomplished musicians who get to show their stuff, not with extended solos but by acutely playing off of one another, making their mark within the framework of a well-structured song. John McSherry, for instance, provides some sizzling piping on the instrumental “Tempest,” which clearly displays his talents. Perhaps his most tasteful playing, however, is found in the more subtle accompaniment role; when he and Joanne McSherry get cooking on “Reaping the Rye,” it’s difficult to differentiate between the fiddle and pipes — such is the level of their interaction with one another.

Joanne and Paul McSherry add a spicy Middle Eastern riff to the title cut, which makes one wonder where this album is headed: nowhere in particular but everywhere in general. They even give Led Zeppelin a run for their money on “Poor Tom.” The picking may not be as pronounced as some less secure musicians in Kevin and Paul’s shoes would have it, but listen closely — they deliver in virtually every selection. And Tíona McSherry’s voice? It’s like butter. 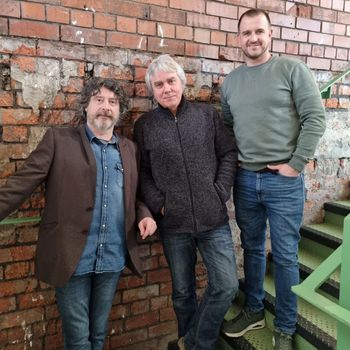 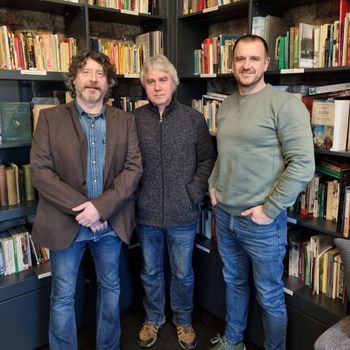